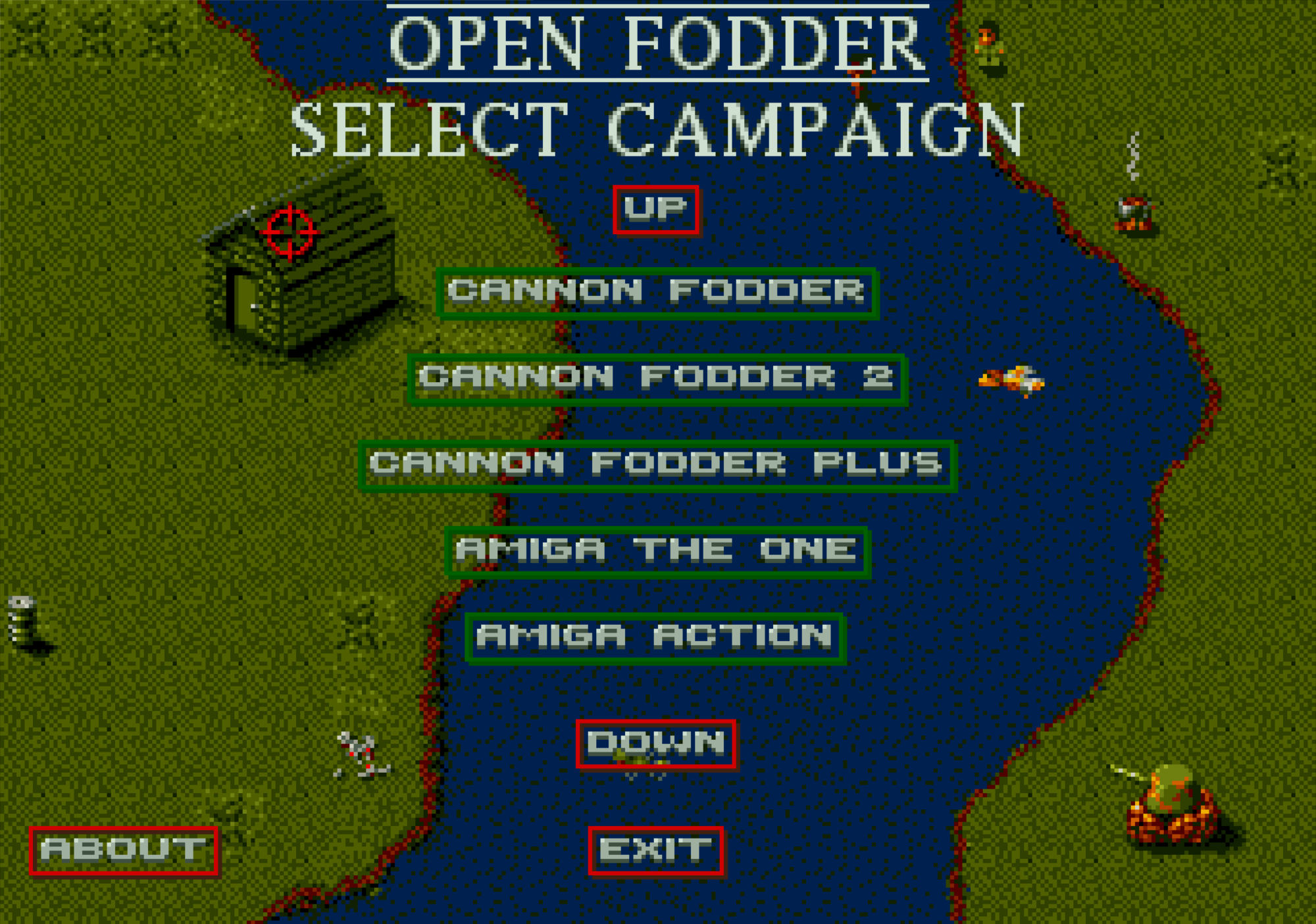 Cannon Fodder is an action-strategy shoot ‘em up game developed by Sensible Software and published by Virgin Interactive.

The game is military-themed and based on shooting action but with a strategy game-style control system. The player directs troops through numerous missions, battling enemy infantry, vehicles and installations.

While Open Fodder is packaged with four demos, the full game requires the retail release available from GOG, or the data extracted from the Amiga version using SOS_Unpacker or the WHDLoad installer.

The latest release of Open Fodder is available here

The latest release of the editor is available here

Ports for OpenBSD and RetroPie are available, and the game should compile on most *nix distributions

Having trouble ? Check out our documentation